ARTIFY is a place where people can order Webograf artwork, then ARTIFY will print on demand and ship the product across the World in mediums including: Acrylic Glass, Canvas, Framed Fine Art, Poster Paper & Wood. ARTIFY is platform with some of the best guarantees in the market including 75 Year Canvas Certification, 100+ Year Archival Fine Art Rag & our products are all hand-made in Australia. We've been in the industry for over 10+ years and have printed & shipped more than 500,000+ Canvases across Australia.

Inspired by Tito’s Partisans - the most effective Partisan group in all of Europe, and considering that the Germans occupied most of Europe at this point, and every occupied nation had a resistance group, that’s a pretty impressive fact. Tito’s Partisans was so good at kicking Fascist ass that the Big three (United States, Soviet Union, and the United Kingdom) had officially recognized the NLA as Allies in the fight against the Axis. Tito’s Partisans were ruthless. They were guerrilla warfare at its finest. As they gained more weapons, ground, and fighters, their effectiveness naturally increased. They set up Communist mini-states in every bit of ground they took, which helped pave the way for their revolution at the end of the war. Partisan movement were successful because they had a charismatic leader in ‘Tito’ (Josip Broz), who had been a successful leader of the Communist Party of Yugoslavia prior to WW2 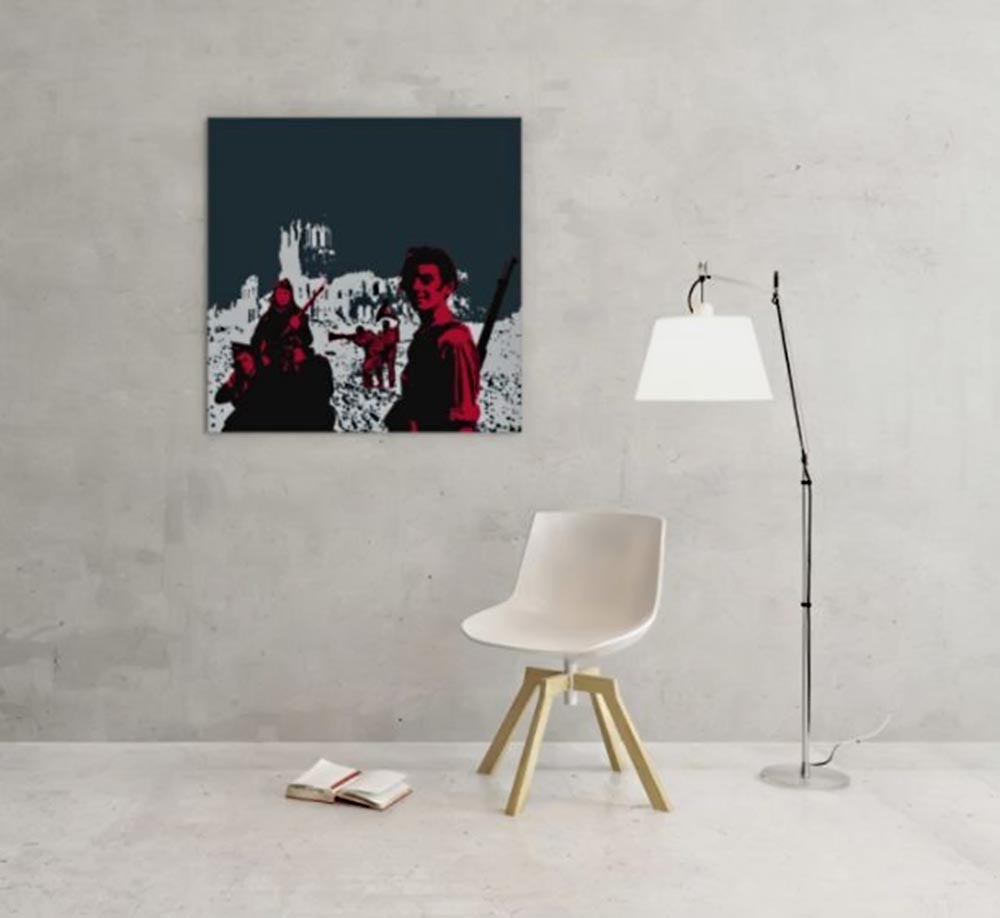